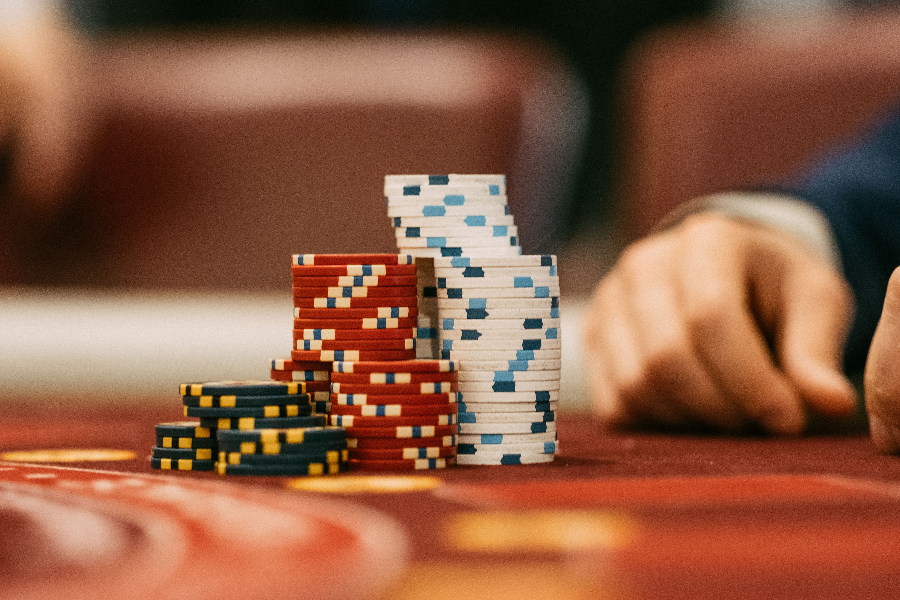 If you’ve been longing to get into the world of online Poker, one thing you should know is how important hand combinations are in winning a game. The better the hand you are dealt, or the more you create, the better your chances of winning the match. This is precisely why you should be well-versed in the many options available to you. In this post, we’ll go through one particular hand, the Straight. So keep reading to learn more about it.

The Straight is the fifth highest-ranked poker hand, consisting of five consecutive or sequential cards. Straight should instantly make you think of a hand with five cards in a row, making it a fairly straightforward hand to recognise. A-K-Q-J-10 (also known as “Broadway”) is the highest possible Straight. Straight combinations run down to A-2-3-4-5, which is referred to in Poker as the “Wheel” or “Bicycle.” When it comes to Straights, suits don’t matter. However, not all straights are ranked the same. The hand rank or denomination matters when comparing one Straight to the next.

In the deck of 52 cards, there could be several straight-hand poker combinations and ten different possible poker straight hand ranks. The straight hands are ranked by the highest card, the second-highest card, and so on. Take a look at the examples given below for your better understanding:

The best poker hand straights are determined mainly by the highest-ranking straight card, but the suit does not. For instance, the Queen straight hand beats the straight jack hand, regardless of its suits and so on.

Straight Poker is usually played using the standard deck of fifty-two cards. This game can be played between two to fourteen players, and the ideal number of players is either seven or eight. The aces are of high rank, and there are no low or high ranking suits. The joker card is also used as the wild card. The main objective of this game is mainly to form all the cards into proper structures. These structures usually consist of the card combinations of either 2or more such cards of just one rank or the sequences of the card belonging to the same suit.

Scoring of the game

As a wild card, jokers can sometimes be referred to as “the bug.” This implies that the Joker is the wild card, but it has certain limitations. It can be used as an Ace or as a card of any suit or rank required to complete a Flush or a Straight.

Each player is given five cards in Straight Poker. Five cards are dealt in Five-Card Stud and Draw Poker, whereas, in Seven-Card Stud, seven cards are dealt. The goal of each Poker game is to build the best possible card combination out of the cards handed to you to defeat the other players.

Straight Poker requires you to make the best of the cards you are dealt, as there is no way to improve them. You may switch cards in Draw Poker, making the betting a little more exciting. Straight Poker is a game of chance and, if you’re lucky, a game of bluffing, in which you try to trick the other players into believing you have a stronger hand than you have.

The rank of the card at the top of the run determines the strength of a straight. The ‘Broadway’ straight (TJQKA) is thus the strongest, while the ‘wheel’ straight (TJQKA) is the weakest (A2345). Ace-high and Five-high straights are the two types of straights. Straights are usually quite strong in Hold ’em, but their strength can vary a lot based on the board texture. Straights are always strongest when there is no pair on the board, and there is no flush or higher straight possible.